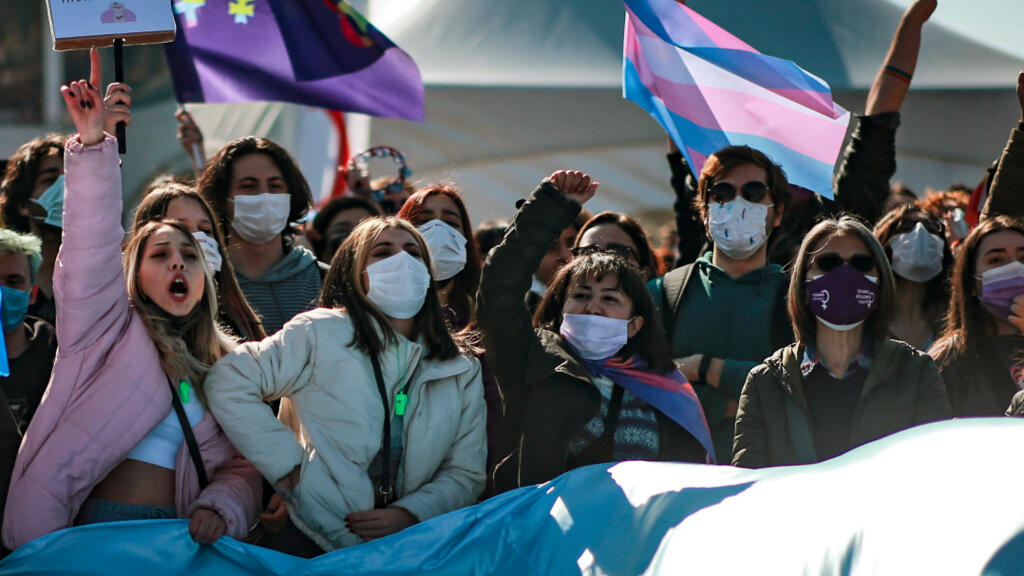 Several thousand women took to the streets in Istanbul on Saturday to demand Turkey reverse its decision to withdraw from an international treaty against domestic abuse which it once championed.

President Recep Tayyip Erdogan stunned European allies with last week’s announcement that Turkey was pulling out of the Istanbul Convention, named after the Turkish city where it was drafted in 2011.

Turkey was one of the first signatories and women say their safety has been jeopardised by Erdogan’s move against the European treaty.

Amid a heavy police presence, protesters gathered in an Istanbul seafront square waving purple flags and chanting slogans including “Murders of women are political”. One placard read, “Protect women, not the perpetrators of violence.”

“Withdrawing from the Istanbul Convention is a disaster for millions of women and children living in this country,” Amnesty International Turkey Director Ece Unver told Reuters, calling for Ankara to reverse its decision.

World Health Organization data shows 38% of women in Turkey are subject to violence from a partner in their lifetime, compared with 25% in Europe.

Estimates of femicide rates in Turkey, for which there are no official figures, have roughly tripled over the last 10 years, according to a monitoring group. So far this year 87 women have been murdered by men or died under suspicious circumstances, it said.

Turkey’s withdrawal from the Istanbul Convention is a big problem for women’s rights and gender equality. Here’s why: pic.twitter.com/pX7OGphuFw

The protesters concerns were echoed by Ankara’s Western allies, who denounced what they described as a baffling and unwarranted decision which risked undermining the rights of Turkish women.