Vivo has brought the brand new X60 series to India as the successors to the Vivo X50 series. There are three new models, the Vivo X60, Vivo X60 Pro, and Vivo X60 Pro+. While the X60 and the X60 Pro+ are on two opposite ends of the spectrum in terms of pricing, the Vivo X60 Pro sits right in the middle promising a balance between price and features. Some of the key highlights of the X60 Pro include the new Qualcomm Snapdragon 870 SoC and a gimbal-stabilized 48-megapixel primary rear camera. I have the Vivo X60 Pro with me, and here are my first impressions.

The Vivo X60 Pro is slim and has a few of the same design cues as the outgoing Vivo X50 Pro model. You get a big 6.56-inch AMOLED display with a 120Hz refresh rate. This display has Schott Xensation reinforced glass up for protection. It curves around the sides, giving the Vivo X60 Pro a premium look and feel.

Vivo has opted for a metal frame which is is quite thin along the sides. The back of the Vivo X60 Pro is made of Corning Gorilla Glass 6 and curves to meet the frame. This curvature makes it easy to hold the phone comfortably. The power and volume buttons are on the right and are easy to hit. The power button also has a textured pattern making it easy to distinguish. Vivo has kept the left of the frame completely bare while the top only has the secondary microphone. At the bottom, you’ll find the SIM tray, USB Type-C port, primary microphone, and a speaker. You get a dual Nano-SIM slots but storage isn’t expandable. 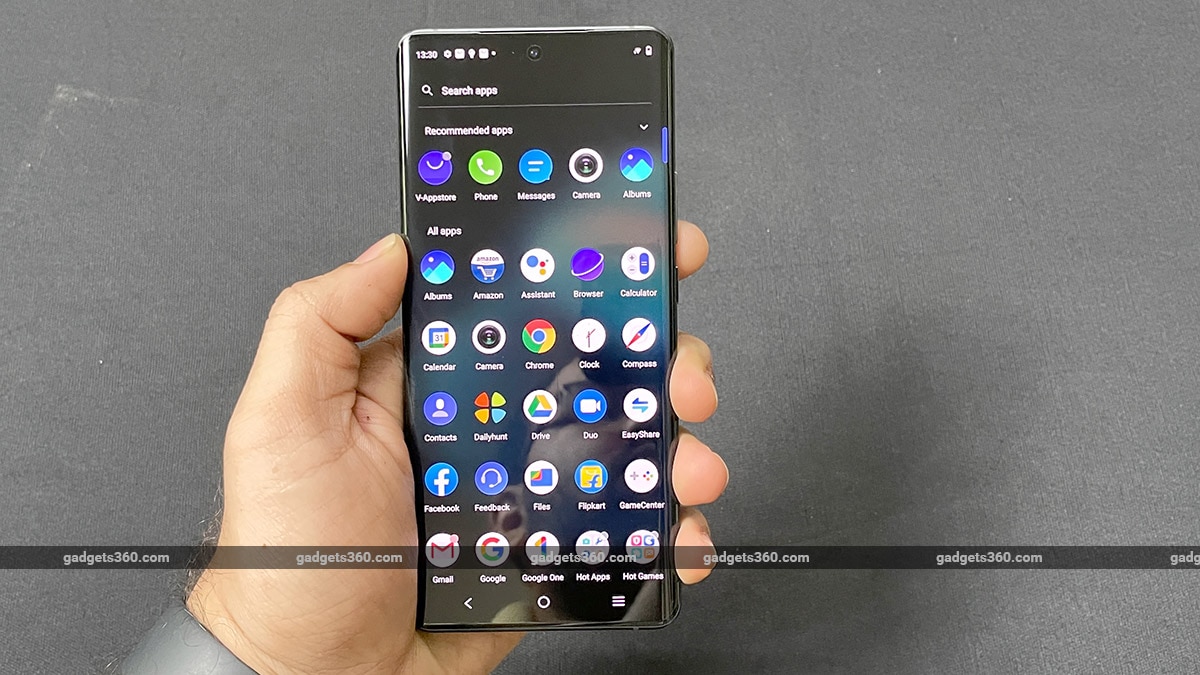 The camera module on the back is the highlight of the X60 Pro. The camera module is raised and has a dual-step design. The first layer has the flash while the second has all three cameras. Just like the Vivo X50 Pro, the primary camera here is a 48-megapixel gimbal-stabilised camera and it looks physically bigger than the other two. Vivo has introduced Gimbal Stabilisation 2.0 as a feature, and claims to have improved stabilisation with this model. The Vivo X60 Pro has two other 13-megapixel sensors for wide-angle and portrait shots. I liked the frosted glass finish on the Midnight Black colour variant, as it did not pick fingerprints easily.

I found the phone to be manageable for single-handed use as it only weighs 177g. Vivo has packed in a 4,200mAh battery which is acceptable given the thickness of the phone. The Vivo X60 Pro supports 33W fast charging and you get a 33W charger in the box. Vivo also bundles a pair of in-ear headphones (with a 3.5mm plug) and a USB Type-C to 3.5mm headphone jack dongle in the box since the phone doesn’t have a 3.5mm jack. 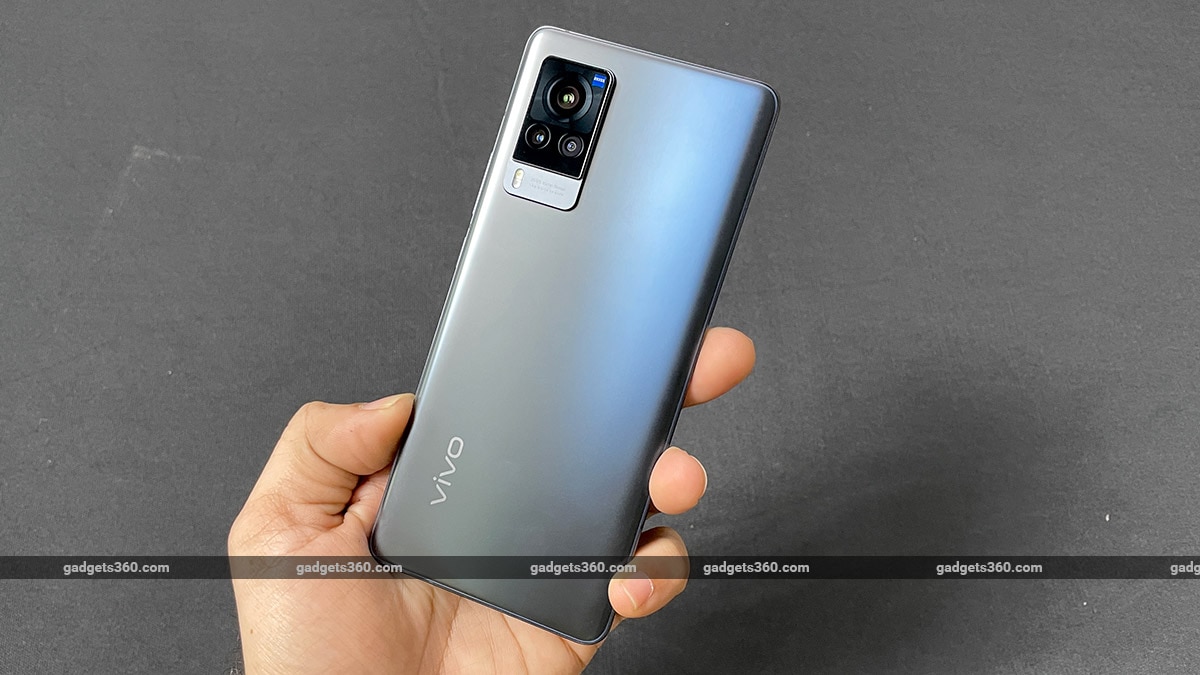 The X60 Pro has Corning Gorilla Glass 6 at the back

We get something new on the Vivo X60 Pro in the form of the Qualcomm Snapdragon 870 5G SoC. This is the first time I’ve got my hands on this processor in a smartphone, and I am looking forward to testing it. Vivo offers the X60 Pro in one configuration only, with 12GB of LPDDR4X RAM and 256GB of UFS 3.1 storage. You can’t expand storage, but with 256GB onboard, I’m not complaining. Vivo has also implemented a feature called Virtual RAM which uses up to 3GB of storage as additional RAM. I’m curious to see how this feature works, and will be testing it during the review.

Vivo ships the X60 Pro with its latest FunTouch OS 11.1 on top of Android 11. It had the February Android security patch which is fairly recent. I found a large amount of bloatware preinstalled including Facebook, Flipkart, Snapchat, and Moj, along with a few apps from Vivo. You can uninstall these apps if you don’t intend to use them.

When I tested the Vivo X50 Pro, I was impressed with its gimbal camera stabilisation system. Now, I am curious to see what has improved. If you shoot a lot of videos and have the Vivo X60 Pro on your mind, then don’t miss my full review, coming up soon.