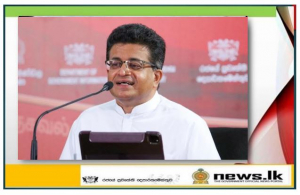 Minister Udaya Gammanpila stated that the Traffic Police Constable who assaulted a lorry driver in the middle of the road has been suspended and that necessary actions will be taken to ensure justice in this regard.

The Minister said this at the cabinet decision media briefing held today (30) at the Department of Government Information.