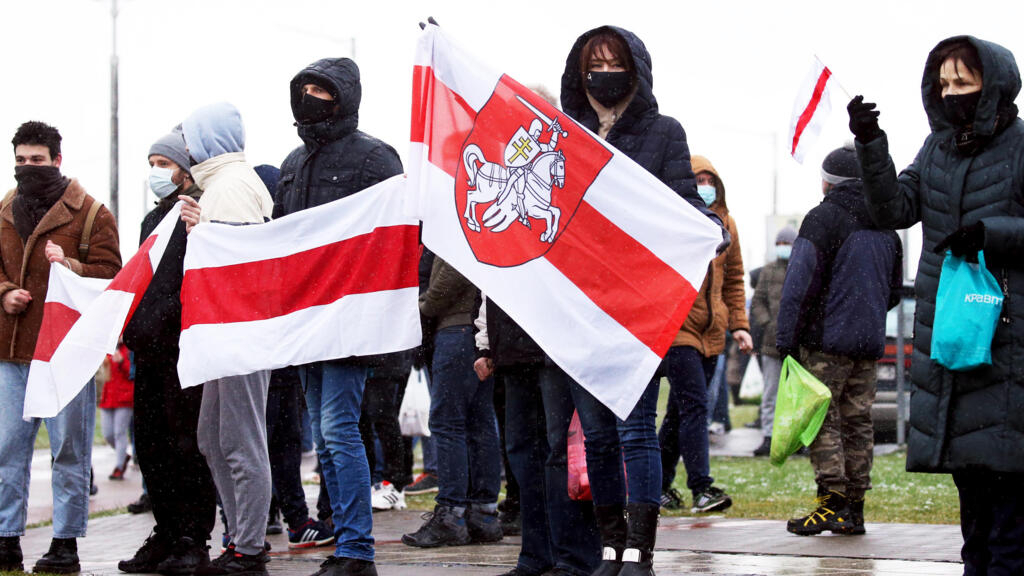 Opposition activists in Belarus were preparing for fresh protests on Thursday to breathe life into a movement against strongman leader Alexander Lukashenko that fizzled out during the winter in the face of a severe crackdown.

Rallies erupted in the ex-Soviet country last August after President Lukashenko claimed a sixth term in a vote the opposition and Western diplomats said was rigged.

But a sustained police crackdown saw weekly mass demonstrations in city centres peter out by the end of the year, with thousands of protesters detained and several killed.

The opposition has since changed tactics, calling for supporters to gather in small groups in every district.

The Nexta Telegram channel, which mobilised and coordinated demonstrators, has called for protesters to march through courtyards and organise flash mobs throughout Thursday.

It called on drivers across the country to sound their horns at 6:30 pm (1530 GMT) and for a nationwide firework salute to end the day at 9:00 pm.

“We want to declare March 25 the day when the cities are ours!” Nexta wrote.

The resumption of the protests coincides with Freedom Day in Belarus, which the opposition marks each year on the anniversary of the country’s declaration of independence in 1918.

Officials have said the planned protests are illegal and have moved to crack down on dissent, this week targeting a group representing Polish people in Belarus for stirring up racial hatred and “rehabilitation of Nazism”.

Police detained the head of the Union of Poles in Belarus, Anzhelika Boris, for 15 days on Wednesday and searched the group’s offices, the homes of its activists and at least one Polish school.

Belarus’s relations with Poland deteriorated after the EU member sheltered activists — including the coordinators of Nexta — who fled across the border to escape a crackdown.

Other critics, including opposition leader Svetlana Tikhanovskaya, fled to Lithuania shortly after the August vote.

She has since lobbied Western governments to support her call for new elections in a country ruled by Lukashenko since 1994.

“I wish for all of us to meet next March 25 in the Belarus we deserve — in a country where the law is respected, rights are respected and the people are respected,” Tikhanovskaya wrote on her Telegram channel Thursday.

Western governments have slapped sanctions on Lukashenko and his allies and say political novice Tikhanovskaya was the true winner of the vote.

The UN rights council called on Belarus Wednesday to halt its crackdown and urged the UN rights chief to probe violations related to the police actions.

But Lukashenko, backed by Russian President Vladimir Putin, has claimed to have overcome a revolution directed by the West.

More than 400 people have been given lengthy jail terms over the protests.

The crackdown has instilled fear and dampened risk-taking even in those “very keen on changes,” said Alexander Klaskovsky, a Belarusian political scientist.

“They understand the price can be too high,” he said.

The police are not expecting a big presence at Thursday’s protests, Deputy Interior Minister Nikolai Karpenkov saying last week that only a few dozen would take part.

But Nexta has also called for mass protests on Saturday, calling it “the day we start the second wave of street protests.”

“Get ready to return to your city centres,” Nexta wrote.