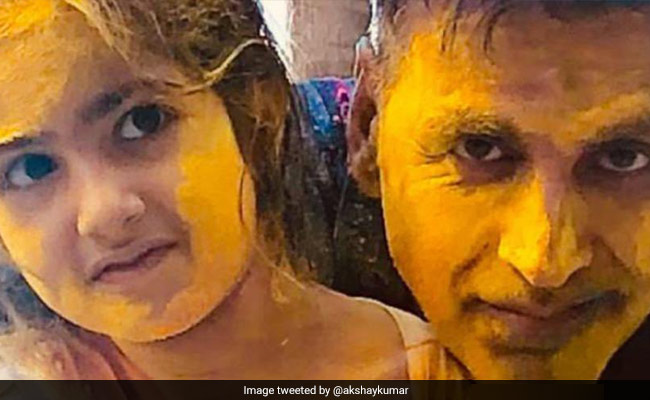 It’s Holi today and social media is filled up with all things bright and beautiful. Bollywood stars too have been sharing posts. While some happen to be pictures from their festivities, others have shared throwbacks from Holi celebrations. On his social media accounts, Akshay Kumar shared a super cute picture of himself along with his daughter Nitara and he captioned it: “No bigger joy than festivities with those who are a part of you.” The actor accompanied the post with the hashtags #HoliHappiness, #StaySafe and #FamilyFun.

Meanwhile, Akshay Kumar began trending on Twitter courtesy his post, in which he wrote: “Do me a favour let’s not play Holi! Celebrate at home, for your safety and the safety of your loved ones. Wishing you all a very Happy Holi.”

Do me a favour let’s not play Holi! Celebrate at home, for your safety and the safety of your loved ones Wishing you all a very Happy Holi

Meanwhile, Twinkle Khanna added a super cute video. She wrote: “Celebrating Holi with the simple games of our childhood. The moves may or may not be ‘spectacular’, but in time to come I have a feeling this will one will be a spectacular moment hanging up on the museum walls of our memories. #spectacularmorning #HappyHoli”

Twinkle Khanna is a celebrated columnist and the author of bestselling books such as Pyjamas Are Forgiving, The Legend Of Lakshmi Prasad and Mrs Funnybones. She is also an interior decorator, the owner of The White Window, and a film producer. Twinkle Khanna also runs a digital content company called Tweak India.

Akshay Kumar will next be seen in Atrangi Re with Sara Ali Khan and Dhanush. His impressive line-up of films also includes Bell Bottom, Bachchan Pandey, Prithviraj, Sooryavanshi, Raksha Bandhan and Ram Setu. He was last seen in the horror comedy Laxmii.