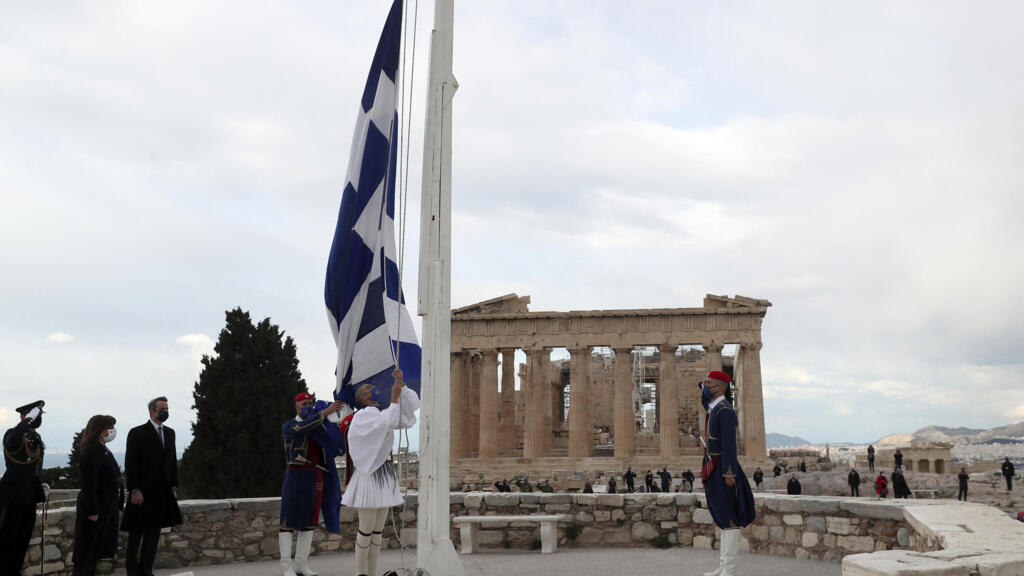 Greece on Thursday celebrated 200 years since the start of its independence war with the Ottoman Empire with parades and ceremonies attended by foreign dignitaries, though the pandemic forced officials to scale back events.

“Today the nation celebrates,” Prime Minister Kyriakos Mitsotakis said as the Greek flag was solemnly raised over the Acropolis in Athens.

“Two centuries ago, a handful of determined fighters in and outside Greece raised the banner of independence… with the help of their allies, they fought heroically and won their freedom,” he said, ahead of events planned all over Greece and among diaspora communities overseas.

Security was tight, with 4,000 police, drones and snipers set to be deployed in Athens, a police source said. Owing to the coronavirus pandemic, no spectators are allowed to attend aside from a small number of reporters.

Britain, France and Russia were instrumental in helping Greece attain its independence in 1830 after nearly a decade of warfare against overwhelming odds.

At the time, the Ottoman Empire extended through the Balkans and modern-day Turkey to North Africa, the Arabian peninsula and the Caucasus.

“As the wellspring of Western civilisation, Greece’s spirit runs through our societies and our democracies,” Prince Charles said at a dinner at the presidential mansion on Wednesday.

“Without her, our laws, our art, our way of life, would never have flourished as they have.”

The three allies from the 1821-1829 conflict are among countries to have sent military hardware for Thursday’s celebrations.

A parade of tanks, artillery and overflying jets will mark the occasion in the capital Athens, alongside mounted troops in traditional costumes from the 1821 conflict.

A cannon on Lycabettus Hill overlooking Athens had earlier fired a salute of 21 shots.

Sympathy for the cause

French President Emmanuel Macron — who could not attend owing to the pandemic lockdown — in an interview with Greek television on Wednesday referred to tensions between Greece and Turkey over their disputed maritime border.

Hostilities flared last year when Ankara sent a research ship accompanied by a navy flotilla into waters near the Turkish coast that Greece asserts belongs to it — a claim the EU supports.

“We must always be on the side of our European allies when they are attacked in their sovereignty, when they are threatened in their independence, the respect of their borders,” Macron said.

Sympathy for the cause of Greece in 1821 sparked a movement in Europe and the United States known as Philhellenism, with proponents including former US president Thomas Jefferson, French novelist Victor Hugo, German poet Johann Wolfgang von Goethe, Russian author Alexander Pushkin and English poets Percy Bysshe Shelley and Lord Byron.

Hundreds of Philhellene volunteers fought and died for Greece’s liberation, with Byron among them.

A joint effort by France, Russia and Britain eventually defeated a Turkish-Egyptian fleet in the pivotal 1827 Battle of Navarino, and further military reverses forced the Ottoman Empire to recognise Greece’s sovereignty in 1830.