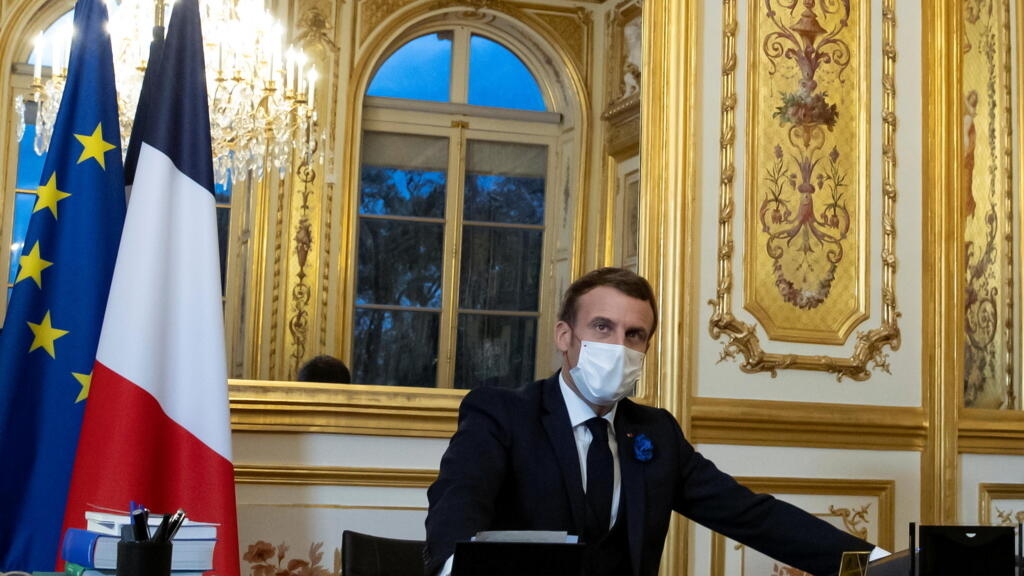 President Emmanuel Macron will make a prime-time television address on Wednesday evening as the country awaits a government decision on new measures to halt a surge in coronavirus cases, his office said Wednesday.

Macron has drawn fire from opposition parties and some medical experts for refusing to impose a nationwide lockdown sooner, with many now expecting that schools will have to be closed in the hardest-hit regions to stem the outbreak.

The address at 8:00 pm (1800 GMT) will follow a weekly meeting of top cabinet officials Wednesday morning to discuss the crisis, which has already seen authorities declare limited lockdowns in 19 departments including the Paris region.

Macron’s latest address comes as the health situation deteriorated in France, putting hospitals under severe strain. The number of patients in intensive care climbed to 5,072, beyond normal hospital capacity and the peak of the second wave in November. The number of cases has also risen sharply in recent days.

Nearly nine out of 10 intensive care beds are currently occupied by Covid-19 and other health cases, according to the health ministry, which states that “the increase in capacity continues in all regions.”

The deterioration has increased pressure on Macron following his resistance to the advice of public health experts to impose stricter confinement measures.

The official decision to keep schools open has drawn sharp criticism, particularly in Paris’s neglected suburbs, where the rise in Covid-19 cases among teachers has sparked a debate on the merits of France’s “open-schools” policy.

France has been under a nightly curfew since mid-December and in parts of the country, including Paris, the movement of citizens has been restricted and some non-essential stores closed. Bars, restaurants and cinemas have been closed for months.

(FRANCE 24 with AFP and REUTERS)