Indian opener Shikhar Dhawan stated that he was confident of performing in the ODIs because he remained in a positive frame of mind even when he was not in the playing XI for the T20Is. Dhawan top-scored for India with 98 in the team’s total of 317 for 5 in the first ODI. Virat Kohli, debutant Krunal Pandya and KL Rahul also hit fifties as India put up an impressive batting display. In response, England folded up for 251 despite Jonny Bairstow’s scintillating 94. With the 66-run win, India claimed the crucial 1-0 lead in the three-match series.

Speaking after India’s win, Dhawan asserted that he was in a positive frame of mind going into the first ODI. He said at a virtual press conference, “I kept myself quite positive when I was not playing the T20Is. I was focusing on the process and my fitness, skill work, and mental space-wise, I always keep myself positive. I always try to find good things from a situation and I was working on my batting, I knew if I get an opportunity I will take it.” 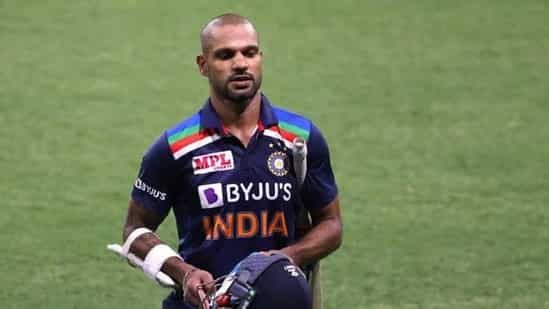 On the slow start that India got off to, Dhawan explained that batting was not easy early on. The opener said, “Today, it was seaming and swinging, so it would not have made any sense if we went hard from the start. So, our plan was to stay at the wicket and respect good deliveries. We knew that we can always catch up. If the wicket would have been more supportive towards batsmen, we would have gone hard.”

Asked about handling pressure, he added that, as an experienced player, he knows how to handle it. “I know what shots to play, we read the wicket nicely and we communicate that, that’s what we did. We are playing for so many years, there is a mental switch and batters know what to do. Rohit and I knew what was our plan. We knew the ball was swinging, when we scored 30-35 runs after the first ten overs, we did not feel any pressure. With experience, you know how to handle things,” he further said.

Speaking about the bowling, he hailed Prasidh Krishna for his record performance on debut. The fast bowler picked up 4 for 51, which is the best by an Indian on debut in ODIs. “It was a great team effort. Especially Prasidh, he was bowling with pace and he was rushing the batters. It was great to see, in his first match, everyone feels the pressure. Even Krunal Pandya did well as a debutant. Shardul’s confidence has gone quite up, he is a very smart cricketer and he reads the game quite well. He provided us the breakthrough we required, I feel he is in a great zone and he is enjoying his cricket,” Dhawan added.

–By A Cricket Correspondent