Follow us on Telegram for the latest updates: https://t.me/mothershipsg

Heng Swee Keat announced on April 8, 2021 that he is stepping aside as a 4G leader and finance minister.

In his letter to Prime Minister Lee Hsien Loong, Heng cited his age and health-related reasons for his decision.

Prior to this, Heng had been the most senior 4G leader in the PAP’s Central Executive Committee (CEC), the party’s top decision-making body.

In his Facebook post following the announcement on his decision to step aside, Heng reminisced the four letters he wrote that meant the most to him in the last 10 years as a politician.

The first letter in 2013 was addressed to Singaporeans as part of “Reflections of Our Singapore Conversation”.

The letter explained why it was important to understand Singaporeans’ hopes for the future.

It was written after 1,645 hours of dialogue with more than 5,000 Singaporeans that led to policy changes, Heng said.

He sent the letter to educators to thank them for all they do to develop Singapore’s education system, so that students here can have a better future.

The third letter in 2017 was addressed to PM Lee to submit the recommendations of the Committee on the Future Economy.

The letter and report that year has set the foundation for economic transformation work.

The letter was composed after extensive dialogue and consultation with businesses, workers, and the community on how to prepare our economy for a future of change, Heng said.

The fourth letter, the latest one, is addressed to PM Lee following Heng’s announcement that he is taking himself out of the leadership race.

Heng wrote in his post: “My letter to PM today reflects what is best for Singapore and our future. I am thankful to PM for accepting my letter. I’m sharing both our letters here with you.”

Here is Heng’s letter in full: 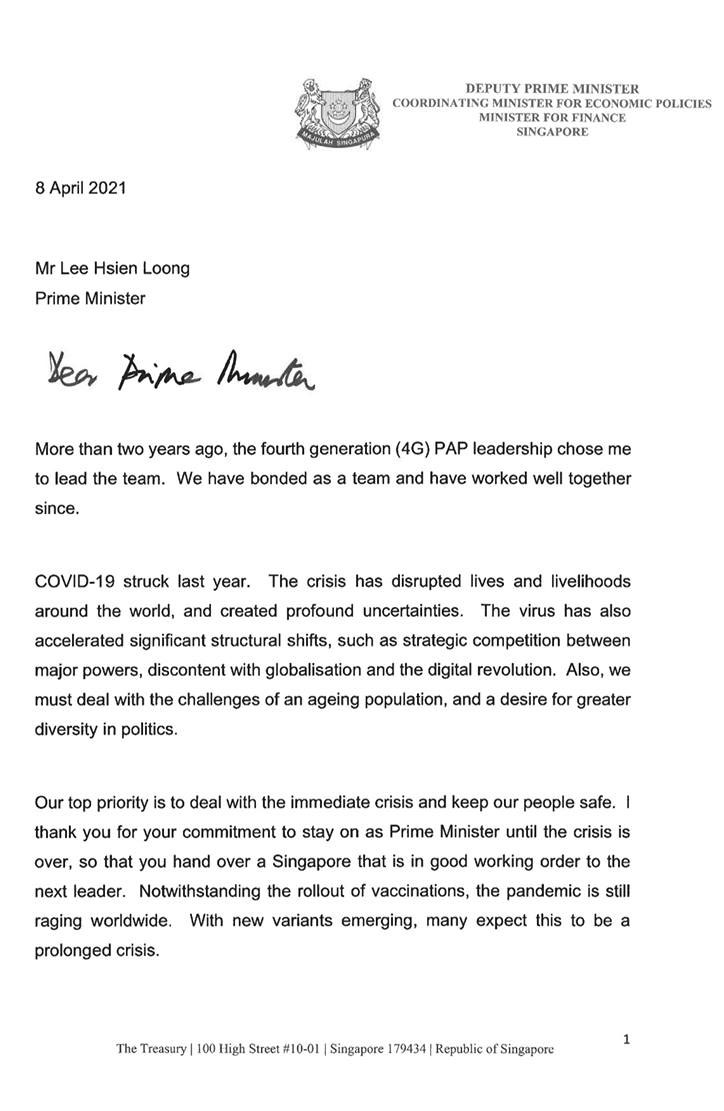 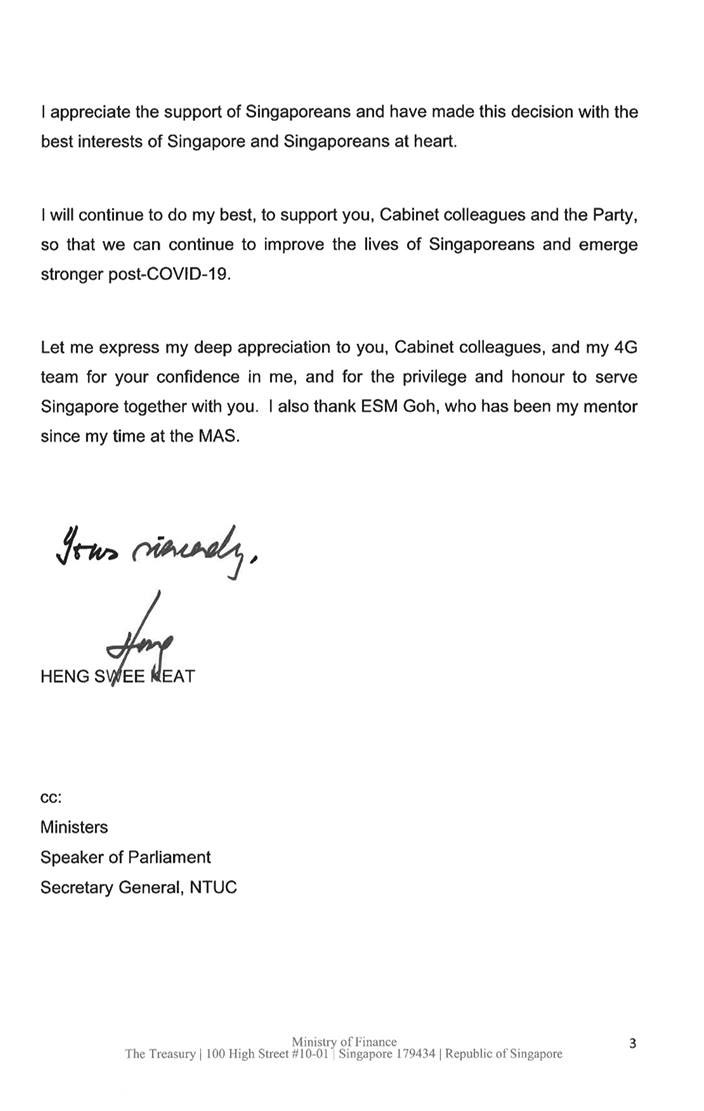