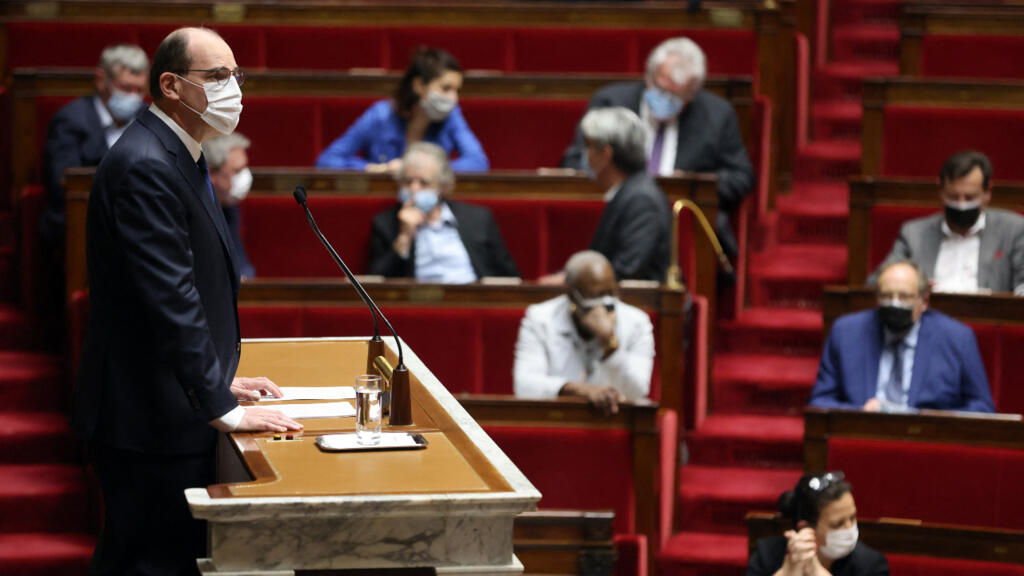 Alcoholic drinks will be prohibited in French parks and other outdoor public spaces as part of the new limited nationwide lockdown to stem the Covid-19 crisis, Prime Minister Jean Castex announced Thursday.

Addressing the National Assembly, France’s lower house of parliament, Castex also said authorities would be quick to disperse groups of more than six people on riverbanks or squares after the new restrictions unveiled by President Emmanuel Macron late Wednesday.

Castex said he “unreservedly” condemned people who had not been respecting the rules, after images of beer-swigging crowds on riverbanks under spring sunshine in cities including Paris and Lyon.

Meanwhile, prosecutors should “systematically” probe organisers of clandestine parties for putting the lives of others in danger, he added.

But he refrained from demanding that people stay in their homes or avoid socialising completely, and authorised travel between regions over the coming Easter weekend.

The French prime minister’s speech came at the start of a National Assembly debate on the new restriction measures. Following a vote in the lower house, the measure moves to the Senate for an afternoon debate.

Reporting from the National Assembly in Paris, FRANCE 24’s Luke Shrago explained that Thursday’s parliamentary vote was mainly symbolic. “It’s taking place under constitutional Article 50-1, which basically means that the government can make a declaration and hold a vote, but it doesn’t become an issue of confidence for the government,” said Shrago.

“What we can expect to see today is quite a lot of political posturing,” explained Shrago. “The right-wing Les Républicains have already stated that they will not be voting. They said they don’t want to vote in a decision that’s already been made. The far right-wing National Rally has said that Macron has not resumed his responsibilities and on the left wing, Jean-Luc Mélenchon has been saying that the measures are incoherent. Most have been saying that the measures do not go far enough, so we can expect some lively debate today.”

The new measures have been met with a mix of resignation and anger across France.  “Lockdown, the sequel… and the end?” Le Figaro headlined its front page Thursday, while daily Le Parisien said Macron was defending his strategy of “slowing without shutting down” even though “the situation has never been so dangerous or complicated.”

The parliamentary vote comes a day after Macron, in a televised address to the nation, extended light lockdown measures from 19 areas including Paris to all of mainland France from April 3 for four weeks.

Macron also announced a closure of all schools and day care centres for three weeks until April 26. Yet he also justified his policy of keeping them open since the end of the first lockdown in spring 2020, which has received intensifying criticism over recent weeks: “School is non-negotiable,” he said.

Travel between different French regions will be banned for the duration of the nationwide light lockdown, while the 7pm curfew currently imposed on the 19 regions will be extended to all of mainland France.

“We don’t have to lock ourselves in but we need to limit our contacts,” Macron informed the nation Wednesday night. “We tried to push back this day for as long as possible – but unfortunately it has now arrived,” the president continued. “We will lose control if we do not act now.”

On Thursday, French Health Minister Olivier Véran said France could hit the peak of the third wave within 10 days with the new restrictions.

“We could reach a peak of the epidemic in seven to 10 days if all goes according to plan”, Veran told France Inter radio. “Then we need two extra weeks to reach a peak in intensive care units (ICUs) that could occur at the end of April.”