Archdiocese of Colombo says that it makes them wonder as to whether there are external interferences that hamper the efficiency of investigations into the 2019 Easter Sunday terror attacks seeing as the culprits of this crime have not been identified even after 2 years.

As the Easter Sunday bombings were an attack on the entire Sri Lankan society, it is the responsibility of all citizens to pressurize those in power to mete out justice to the victims, the Archdiocese of Colombo stated.

Issuing a statement, the Archdiocese urges the government and the Opposition to refrain from any action that might hamper the independent and free implementation of the judicial process of the case.

They have also outlined four steps that need to be taken to bring justice regarding the terror attack.

– Expedite investigations on those directly or indirectly connected to this crime [planning, financial help, political patronage, etc.] and bring them before the law.

– Thorough investigations into all those who had contacts or dealings with Zahran Hashim.

– Prosecute all political leaders, officials who have been recommended in the report of the Presidential Commission of Inquiry for shirking their duty and not preventing the massacre despite prior intelligence warnings

– Proscribe all extremist Islamic groups which are a threat to national security, and banish their foreign sponsors and local agents from the country.

The Archdiocese of Colombo also stated that action must be taken to implement or at least initiate the first steps to implement the aforementioned demands before April 21, 2021.

The full statement issued by the Archdiocese of  Colombo: 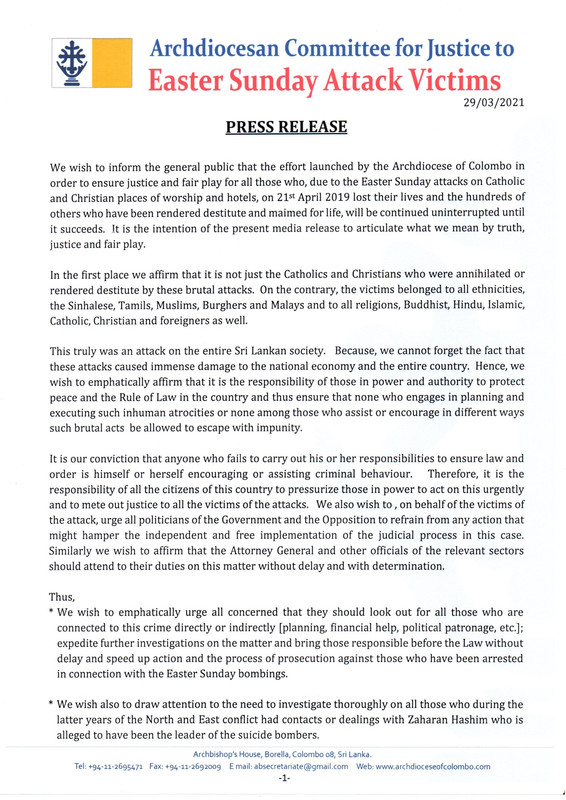 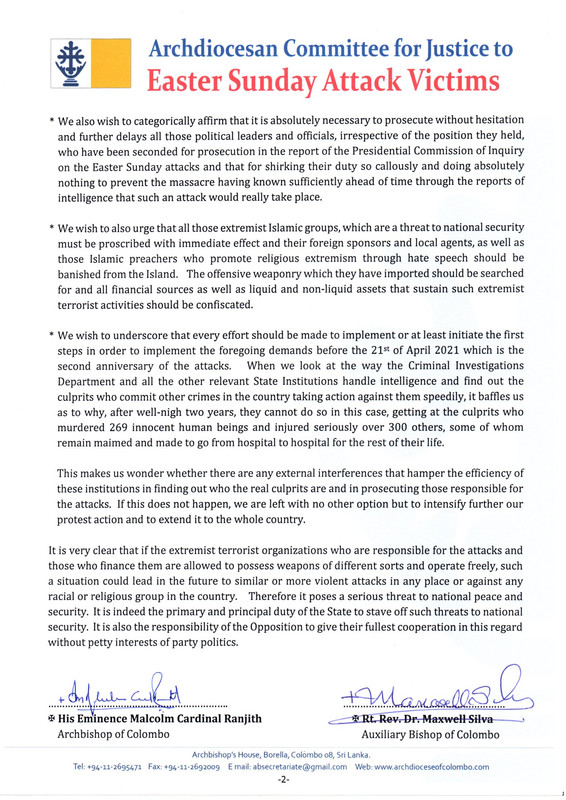 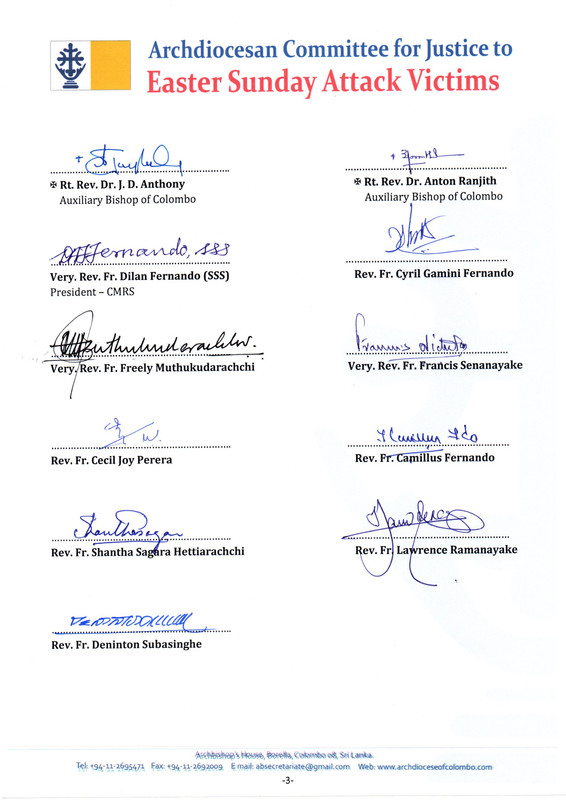