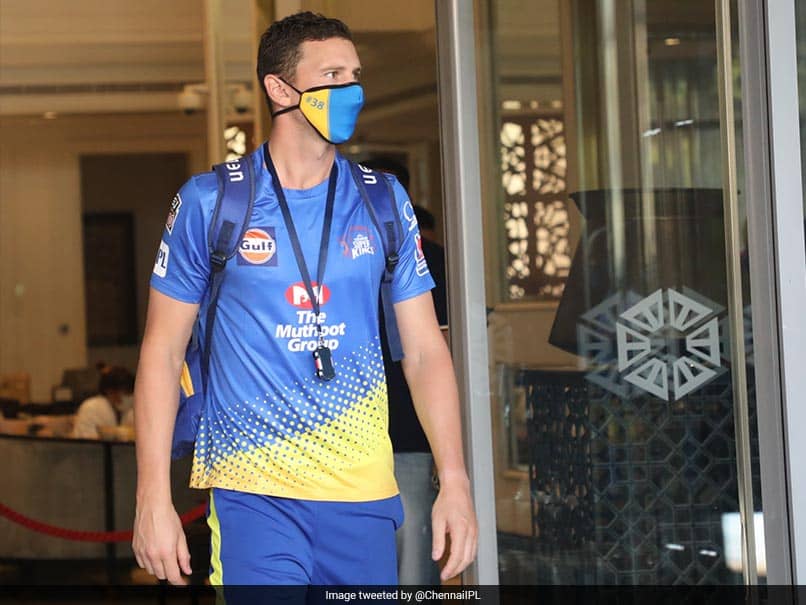 
Chennai Super Kings (CSK) pacer Josh Hazlewood has pulled out of the upcoming Indian Premier League (IPL). Hazlewood was set to depart for India with Australia’s IPL-bound players today, but the pacer has decided to give this year’s IPL a miss in order to spend some time with his family. “It’s been a long 10 months in bubbles and quarantine at different times, so I decided to have a rest from cricket and spend some time at home and in Australia in the next two months. We’ve got a big winter ahead too. The West Indies is going to be a long tour, with Bangladesh T20 tour potentially thrown on the end of that,” cricket.com.au quoted Hazlewood as saying.

“Then potentially the T20 World Cup leading into the Ashes, so it’s a big 12 months, as it always is with Australia, and I want to give myself the best chance to be mentally and physically ready for that. That’s the decision I’ve made, and it sits pretty well with me,” he added.

On Wednesday, SunRisers Hyderabad all-rounder Mitchell Marsh had also pulled out of this year’s IPL and the franchise named Jason Roy as his replacement.

Hazlewood had played just three games for CSK in IPL 2020 and this year, he would have been competing with Moeen Ali, Sam Curran, Lungi Ngidi and Dwayne Bravo for a spot in the playing XI.

IPL 2021 is slated to commence on April 9 with Mumbai Indians and Royal Challengers Bangalore (RCB) locking horns in the tournament opener. CSK will play its first match on April 10 against Rishabh Pant-led Delhi Capitals at the Wankhede Stadium in Mumbai.

Dhoni has led CSK to IPL title thrice (2010, 2011, and 2018). The franchise had finished at the seventh spot last season and it was the first time, that the side failed to qualify for the playoffs.