What is this shift in approach that Power is talking about?

Amnesty International (AI) was the first to express its jubilation, among the international NGOs, when the UNHRC resolution was passed against Sri Lanka on 23 March. That is no surprise as from its inception the Amnesty has characterized their main approach as ‘naming and shaming.’ This is like ‘stoning and caning’ the perceived enemies. Who has unashamedly unleashed this approach this time against Sri Lanka is Hilary Power, Amnesty’s representative to the UN in Geneva (‘Sri Lanka: Landmark UN Resolution,’ AI, 23 March 2021).

Amnesty may be unaware or just ignoring the studies conducted by independent scholars about the counterproductive nature of these approaches particularly to culturally and religiously different countries, without employing a balanced and a constructive way of engagement. The latter is called human rights diplomacy. Jack Snyder was one among thecriticson ‘naming and shaming.’As he said in a study on ‘Backlash Against Naming and Shaming,’ 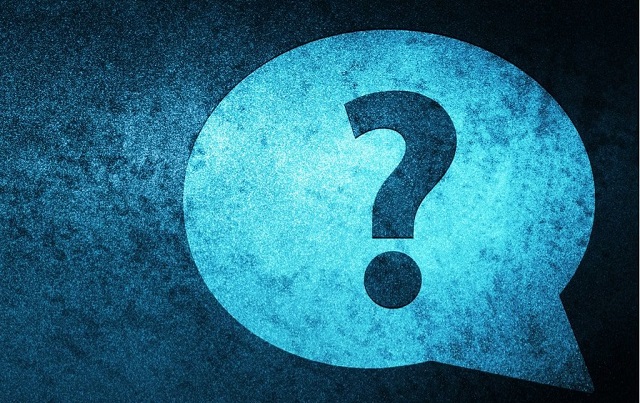 “Neither activists nor the scholars who study them have paid much attention to the emotional dynamics of the targeted group, and in particular to the emotions of shame and shaming, nor to the sociological mechanisms that underpin the politics of status and status competition.”

Snyder drew his conclusions based on political sociology/psychology. However, this is not only about psychology, but against the whole spirit of human rights. This is exactly what happened in Myanmar even after the military opted to hold elections and form coalition governments with Aung San Suu Kyi and the NLD (National League for Democracy) since 2008. The naming and shaming went on even against Suu Kyi and the result was a terrible backlash today even against her.

It is possible that these Western advocates are trying their best, knowingly, or unknowingly, to turn Sri Lanka into another Myanmar. But I hope that Sri Lanka’s democratic and state institutions are resilient and firmer, the leaders are sensible, and the people in Sri Lanka would not get caught up in this trap the Western governments and NGOs are placing on them. I am talking based on my research and experience. What Sri Lanka should do is to campaign firmly within the UNHRC and the UN against these approaches, exposing the motives and deception of the Western countries and western dominated NGOs.

Hilary Power of Amnesty has talked as a colonial madam declaring the following. “This is a significant move by the Human Rights Council, which signals a shift in approach by the international community. Years of support and encouragement to Sri Lanka to pursue justice at the national level achieved nothing. This resolution should send a clear message to perpetrators of past and current crimes that they cannot continue to act with impunity.”

What is this shift in approach that Power is talking about? It is very clear that it is about the ‘interference in internal affairs.’ It is an absolute lie to talk about ‘years of support and encouragement.’ On the contrary, it was maximalist demands year after year that discouraged accountability and national reconciliation. Why then the same policy of ‘support and encouragement’ allegedly continued if nothing achieved at the national level during the last 12 years?

What are the ‘current crimes’ that she is talking about? She should listen to Lord Nasby if she cannot believe the colored people. As an independent academic, I believe that her attitudes are conditioned by ‘white racism’ believing that Sri Lankan people cannot understand human rights. These are the same people or her predecessors that supported and encouraged LTTE terrorism in the name of human rights.

In the first sentence of the statement, it was completely wrong to characterize the war as a ‘30-year civil conflict.’ It was a terrorist war against a legitimate government and people in the country. The LTTE killed not only the Sinhalese or the government soldiers but also the Tamil innocents and their intellectuals. I lost some of the close friends and relatives. They were not killed by the soldiers or the police. Then elected governments had every legitimate right to fight against terrorism and this was required by the constitution.

One major defect in the international human rights system today is that it does not have a clear definition or understanding of terrorism. They are clueless or complicit.

Has Amnesty ever written against terrorism in Sri Lanka or elsewhere? Hilary Power should show us any evidence. Why cannot the Amnesty characterize terrorism as a human rights violation? Perhaps they were funded by some terrorist organizations worldwide. They claim they have seven million members who fund their activities. To my information Amnesty is significantly funded by the British government discretely. I have been to the Amnesty international office in London in late 1980s. They had their own regional scabbles with Africans that time.

I have also been to the Amnesty meetings in Sydney in early 1990s when I was doing my PhD research on human rights. From one meeting to the other people were changing while few were running an office on a paid basis. I also wrote to the Amnesty office in London asking whether they had made any statement on the Burmese coup in 1962. Because one of my concerned countries was Burma. They wrote back saying ‘No’ they were working only on death penalty! From amnesty to capital punishment, now they are working on amnesty to terrorists it seems. Because Amnesty type human rights advocacy is a big business today.

Prior to the statement on “Sri Lanka: Landmark UN Resolution” there were two reports issued by the Amnesty International. One was dated 14 January 2021on “The UN Human Rights Council Must Step Up Efforts” in Sri Lanka and the other lengthy Report was in February, without a clear date, titled “Old Ghosts in New Garb: Sri Lanka’s Return to Fear.” When you go through these two reports and the Report by the so-called office of the UN High Commissioner for Human Rights, the contents, the language, recommendations, and even paragraphs are, more or less, the same.

Perhaps the Amnesty or Hilary Power does not know what they are talking aboutas follows. “We urge Sri Lanka to engage constructively with the OHCHR, to implement the recommendations of the report and to allow full and unfettered access to the country. Failing this, the Human Rights Council may take more robust action, including the establishment of an independent accountability mechanism, said Hilary Power”(Colombo Telegraph, 23 March 2021).

Perhaps the British colonial arrogance is behind her. Who is she to ‘urge’ Sri Lanka to engage with the OHCHR? She also ‘urge’ Sri Lanka to ‘allow full and unfettered access to the country.” To do what? She should know the colonial history of the country before talking about human rights today. She is also trying to blackmail the country by saying “Failing this, the Human Rights Council may take more robust action.”

I recommend the Sri Lanka government to completely prohibit anyone from the OHCHR to step into the country.

To campaign within the members of the UNHRC and the UN member countries in general to change the lopsided human rights approaches of the West and to promote human rights with human duties worldwide. To prohibit or limit the dubious organizations like Amnesty International influencing the activities of the UNHRC.

To strengthen the national security without allowing anyone to undermine, challenge or subvert the country’s independence, sovereignty and integrity as guaranteed in the UN Charter.

To promote human rights and human duties among the citizens of Sri Lanka through education based on the international conventions and covenants, and the traditions and customs of the country.

To complain to the UN Security Council and the General Assembly regarding the illegal nature of the UNHRC resolution and allow the country to carry forward its own processes of promoting accountability, reconciliation and human rights and report to the UNHRC only on a periodic basis.