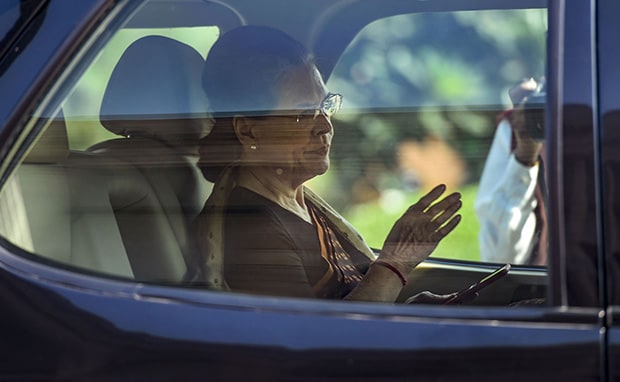 In the wake of the crisis, the BJP has been demanding President’s Rule in Maharashtra.

In a tweet, Ms Sule said, “Thank you so much Hon. Mrs. Sonia Gandhi Ji for your valuable guidance. It’s always such pleasure interacting with you.”

Thank you so much Hon. Mrs. Sonia Gandhi Ji for your valuable guidance. It’s always such pleasure interacting with you.

The meeting assumes significance as the Mahavikas Agahdi government in Maharashtra led by Shiv Sena, NCP and the Congress is facing a crisis after former Mumbai police commissioner Param Bir Singh alleged that the state’s Home minister gave a target to cops for collect Rs 100 crore every month.

On Wednesday, a delegation led by BJP’s Devendra Fadnavis, Leader of Opposition in the state assembly, met Governor Bhagat Singh Koshyari and urged him to seek a “status report” from the state chief secretary on the law and order situation.

Mr Fadnavis said BJP leaders requested the governor to seek a detailed report from the state government as Chief Minister Uddhav Thackeray is not taking any action despite “numerous scandals” coming to fore over the past few days.

The party has also alleged corruption in police transfers.

Supriya Sule’s father and NCP president Sharad Pawar is known as the architect of the MVA government in the state and her meeting with Sonia Gandhi was aimed at ensuring better coordination among the alliance partners in the state as the opposition BJP mounts an aggressive campaign against it over the alleged corruption charges.