Today is an auspicious day for our country because on this day, we are entering the 50th year of our Independence.

by Anwar A. Khan

Patriotism is the theme for the 26th of March. Many poets have taken on the subject over the years and their words, even in part, have been engrained in the minds of millions of our people. Like famed poet Walt Whitman, on this day, I hear Bangladesh is singing the varied patriotic songs. I hear those of mechanics, each one is singing his as it should be blithe and strong, the carpenter is singing his as he measures his plank or beam. The mason is singing his as he makes ready for work, or leaves off work. The boatman is singing what belongs to him in his boat, the deckhand is singing on the steamboat deck. The shoemaker is singing as he sits on his bench, the hatter is singing as he stands. The wood-cutter’s song and the ploughboy’s song are on their way in the morning, or at noon intermission or at sundown. The delicious singing of the mother or of the young wife at work, or of the girl sewing or washing, each singing what belongs to him or her and to none else. The day what belongs to the day—at night the parties of young fellows, robust, friendly are on singing with open mouths their strong melodious songs for Bangladesh. 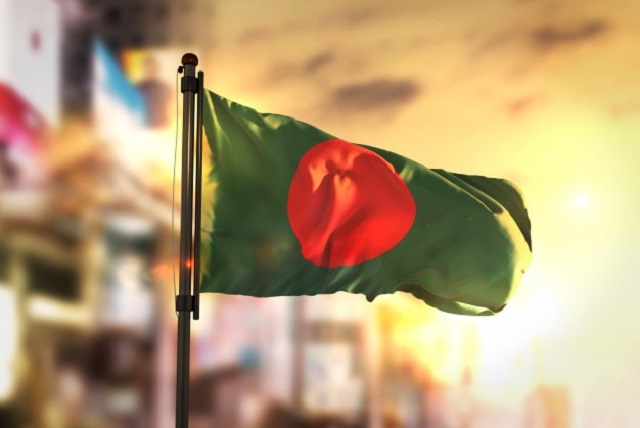 As proud flags are raised with the hoist, when fireworks are set to be ignited, and patriotic eyes become all moist; as we pledge the flag and anthems sing, and celebrate the sound of freedom’s ring… Thank brave people for Independence Day!Today we celebrate freedom. Thanks to those who came before. Those brave men who fought and died in each and every war. Freedom always comes at a price, and while we celebrate, we should tip our hats to the heroes who made our country born in 1971.

Today is an auspicious day for our country because on this day, we are entering the 50th year of our Independence. Today, we re-dedicate ourselves to the progress and prosperity of our nation; to the welfare of all our people; and today we salute our beloved bi-colour flag. On 26 March, 1971 the independence of Bangladesh was declared and the Liberation War began. The people of then-East Pakistan took part in this war to liberate Bangladesh from the oppression of military leaders of Pakistan.

Independence for Bangladesh was gained through a nine-month people’s war against the Pakistani Army, which resulted in the loss of about 3 million lives. The Freedom Fighters, with military support from India, defeated the Pakistani Army on 16 December in the same year. Thus Bangladesh came into being.

But the people of Bangladesh discovered their identity through the Language Movement in 1952. The struggle to establish their identity and national spirit began soon after 1947, when the British left India dividing it into two countries: India and Pakistan. Bangladesh, then East Pakistan, was part of Pakistan, which was put together by combining two geographically, culturally, and linguistically separate groups of people. The people of Bangladesh soon realised that being a part of Pakistan, which was created on the two nation theory, there was little scope for the distance culture of Bengalis to flourish. The Bengali language is the most important vehicle of the cultural expression for the people of this land. The refusal of the central government in West Pakistan to grant official status to the Bengali language became the focal point of struggle.

In the elections of December 7, 1970 the Awami League won 160 out of 162 seats in the-then East Pakistan and would have had a clear majority in the new assembly. Bangabandhu Sheikh Mujibur Rahman became the majority party leader of the Pakistan National Assembly. The military rulers of Pakistan refused to allow the Awami League to form a government.

A heinous conspiracy was plotted by the then Pakistani military dictator president Yahya Khan along with Pakistan’s People’s Party chief Zulfikar Ali Bhutto. Even though a conspiracy was being planned, General Yahya Khan was careful not to let this be known. A full scale movement of non-cooperation with the military government began on early March, 1971 under the dynamic and able leadership of BangabandhuMujib. Thus Bangladesh plunged into a gory war seeking its own birth.

The Pakistan Army began their genocide by attacking the innocent Bengalis of Dhaka city and then the whole land of Bangladesh with their sophisticated weapons. The dwellers of Dhaka city and the whole country never confronted such unimaginable cruelty. The Pakistani army systematically massacred thee million Bengalis and unleashed a brutal war against us to prevent our shoot for independence. But the brave people of this beloved land did not let the dream of encircled flag of red and green fall down to dust.

During the nine months struggle which ensued an estimated three million Bengalis died and ten million refugees fled into India.  Bangabandhu Sheikh Mujib was imprisoned in West Pakistan. A Bangladesh Government in exile was established. The Bengalis started smart and courageous guerrilla warfare. At one point, India also got involved in the war. The actual military campaign of India took place in December and lasted only ten days. The Indian Army launched a massive offensive against the Pakistani forces to support the Bangladesh movement. On December 16, 1971, the Pakistan army surrendered.

The Bangladesh Liberation War is a significant part of the history of the country, and lasted from 26 March 1971 until 16 December 1971. War broke out during this time between East and West Pakistan. West Pakistan became Pakistan by the end of the war, and East Pakistan is known today as Bangladesh. Finding a rattling ally in India, Bangladesh’s forces were able to drive the West Pakistani armed military and their both local and foreign mango-twigs from our territory and gain our independence as Bangladesh. But our independence came with a heavy price and uttermost sacrifice, and a story of heroism and courage that every citizen of Bangladesh should know about and feel smashing chivalric.

Bangladesh today has yet to exorcise the demons of 1971. Many of the anti-Islamist-evil-reactionary and anti-liberation forces in the guise of humans who collaborated with the Pakistan army and murdered countless Bengalis have established their strong and wealthy positions in the soil of Bangladesh during 15 years of military dictatorial regimes. After 1991 national polls, their mango-twigs who ruled the country have further ravaged the country to destroy the unexpended spirits of our glorious Liberation War of 1971.

Today, the secular Bangladesh that was born from the ashes of 1971 is under threat. It is under threat from the same forces that helped perpetrate the genocide of 1971. The future of a secular Bangladesh hangs in the balance today. In 1971, Bangladesh’s people learnt the evils of both racism and religious extremism. It is a lesson we should not forget at our own peril. Many of these griffins have yet to face justice for the irremissibly crimes they committed continuing at full strength or intensity.

Through so many emotional and liberating documentary write-ups by so many bona fide writers, the roots and culture of Bangladesh can live on for future generation. This day reminds us of the supreme sacrifice of our freedom fighters who will ever shine in our hearts like the luminous stars in the sky. But at the same time, we must remember the spirit of the liberation war. So, let all of us remember the spirit of the Independence Day and see to establish just laws in the country to build it as a country which rightly be called “Golden Bangladesh.”26 March is the Independence Day of Bangladesh. It is a red letter day in the history of Bangladesh. It is a public holiday. This day is observed all over the country and also all over the world. It celebrates the country’s declaration of independence from Pakistan in the wee hours on 25 March 1971.

Dreams are like the stars we see on a clear moonless night. They steer us through the darkest times and keep the path in sight. Whatever happens on the road ahead that may pull us to the side. Our dreams will serve to guide us as we swim against the tide. Wars rage and battles won, heads are bowed as they count the cost, but whilst star light shines from a blackened sky or hope be born of a butterfly. Dreams above it all will rise for no good thing ever dies. Out of the rack and ruin of our gangster death, the rape and rot of graft, and stealth, and lies, we, the people, must redeem the land, the mines, the plants, the rivers. The hills and the endless plain–all, all the stretch of these great green state–and make Bangladesh a glorious one again!

Although the holiday is a celebration of independence, democracy, and the birth of a nation, we must never forget those who sacrificed the best years of their youth, and countless others who made the ultimate sacrifice so that succeeding generations may enjoy their freedoms. We must sail to the coast of vision with deep and silent sentiment in favourable waves by the side to uphold our country’s pride.With the mast of the ship like flag fluttering to reach where everyone’s dreams are fulfilled with different cultures moving in same direction; for, the ship to reach the destination where people are fed with knowledge and country moves forward as it age being the one to be proud to live on and with our hopes shine.

The coals are red hot. The flag is proudly waving. The fireworks are popping and the band is loudly playing all over the country. We see the red and green colours. Today, we celebrate this great country of ours. On this Independence Day, we remember the years past. We honour this very dayfor our flag, old glory, has last on this Independence Day 5 decades ago, we declared our independencefor justice and liberty.If you see an old freedom fighter, man or woman bow down to them and kiss their hands for thesweet freedom you and I enjoy. Thank them for us all. Freedom we say, not to doom or destruction, but for the future to fusion, for our lost harmony to gain.

The writer is an independent political analyst based in Dhaka, Bangladesh who writes on politics, political and human-centred figures, current and international affairs